The Crus Classés de Graves hosted their annual Vinexpo opening dinner at Château Smith Haut Lafitte this year and welcomed international buyers, journalists and the local negociants to partake in this traditional event.

The President of Vinexpo, Xavier De Eizaguirre, launched the festivities with an opening speech by thanking the Crus Classés de Graves for hosting the dinner.Jean-Jacques Bonnie spoke of the History of these outstanding vineyards, being the oldest of Bordeaux, he then introduced Florence and Daniel Cathiard who spoke of their 25 years of passion at the head of the Château. Alain Juppé, Mayor of Bordeaux and former prime minister of France concluded on an enthusiastic note expressing his support for this international wine fair.

Prince Robert of Luxembourg’s called forth the 14 members of the Crus Classés de Graves reaffirming Chateau Haut-Brion’s historical link to the Graves family.

The event started with a tasting during which the guests tasted 14 Crus Classés de Graves wines, both reds and whites from the 2012 vintage. The dinner then took place in the atmospheric underground cellar of Smith Haut Lafitte where two- star chef Nicolas Masse offered four refined dishes to pair with the wines. Guests enjoyed vintages from the 14 classified growths from 1998 to 2009, the peak of this paring was the Chateau Haut-Brion 1999 served with Pigeon. 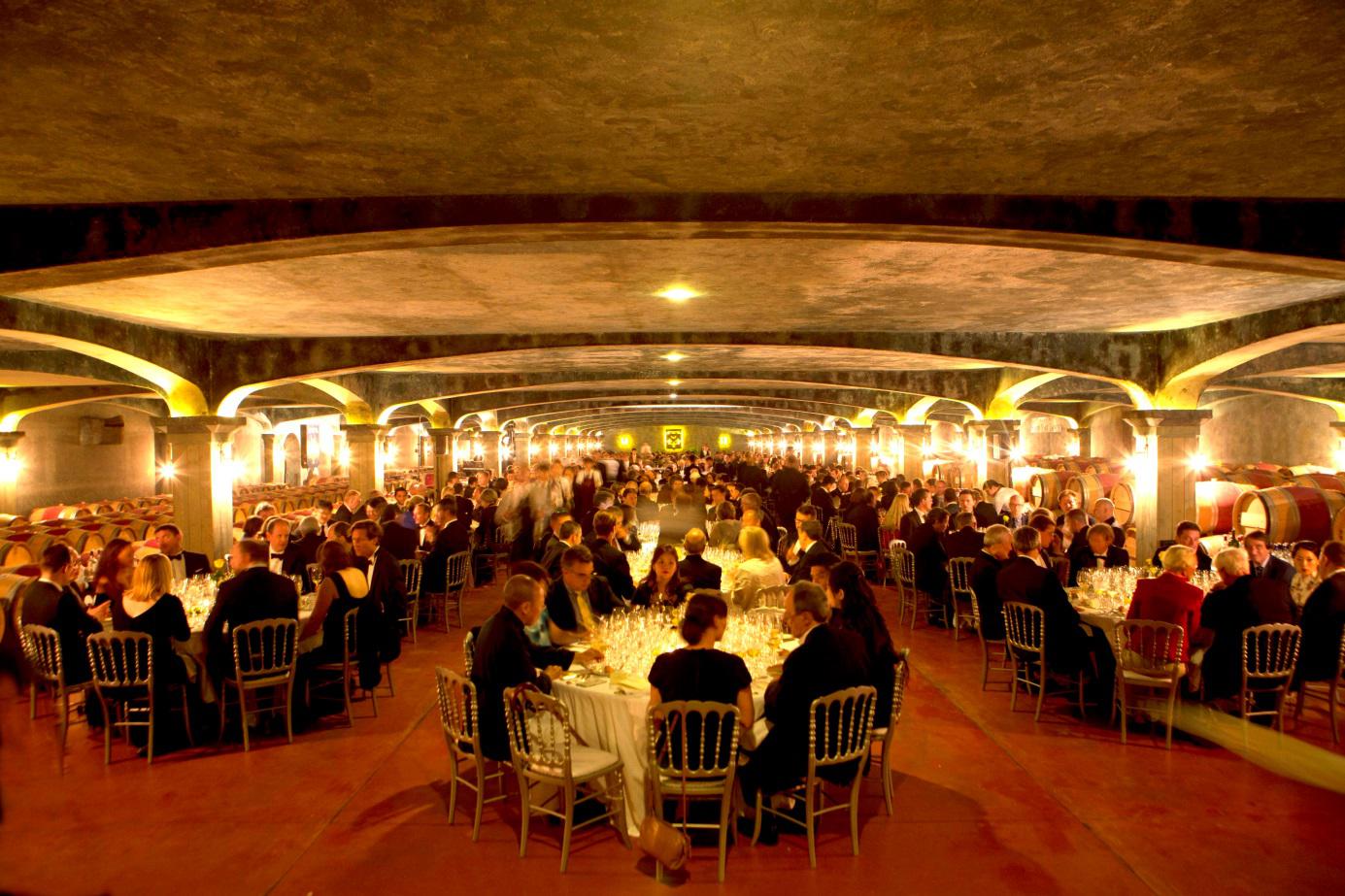 Experience The Crus Classés
of Graves